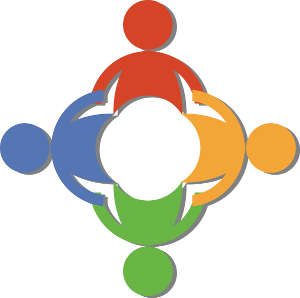 Knowing the meaning of basic terms helps educators, students and the community to gain comfort in discussing harassment and discrimination based on sexual orientation and gender identity and expression.

Gender identity. A person’s internal, deeply felt sense of being male, female, other, or in between. Everyone has a gender identity.

Gender expression or gender presentation. An individual’s characteristics and behaviors that are perceived as masculine or feminine, such as appearance, dress, mannerisms, speech patterns, and social interactions.

Heterosexual or straight. A person whose sexual and emotional feelings are mostly for people of the opposite sex.

Homosexual or gay. A person whose sexual and emotional feelings are mostly for people of the same sex.

Bisexual. A person whose sexual and emotional feelings are for either males or females.

Queer. Historically a negative term used against people perceived to be LGBT, “queer” has more recently been reclaimed by some people as a positive term describing all those who do not conform to rigid notions of gender and sexuality.

LGBTQ. An umbrella term that stands for “lesbian, gay, bisexual, transgender, and questioning.” The category “questioning” is included to incorporate those that are not yet certain of their sexual orientation and/or gender identity.

Discrimination. Any kind of differential treatment that negatively affects a group or an individual because he or she is perceived to be a member of a particular group. Examples of discrimination in school might include barring same-sex couples from attending the prom, ignoring complaints of harassment, or imposing different rules on a Gay-Straight Alliance club on campus.

Beyond the Binary: A Tool Kit for Gender Identity Activism in Schools, a publication of GSA Network, Transgender Law Center, and the National Center for Lesbian Rights. http://www.nclrights.org/wp-content/uploads/2013/07/beyond_the_binary.pdf

Just the Facts About Sexual Orientation & Youth: A Primer for Principals, Educators and School Personnel, a publication of the American Psychological Association: http://www.apa.org/pi/lgbt/resources/just-the-facts.aspx

“What Does Gay Mean?” How to Talk with Kids About Sexual Orientation and Prejudice, a publication of the National Mental Health Association: http://www.casafeschools.org/whatDoesGayMeanbrochure.html

Take it Back: A Manual for Fighting Slurs on Campus, a publication of GSA Network: http://gsanetwork.org/get-involved/change-your-school/campaigns/take-it-back-anti-slur-campaign